I have always been someone who was interested in where things/rituals/concepts that are common place today originated. And WHY they came about.  When I got to college I learned that Anthropology actually attempted to answer those questions through many different avenues(guess what this girl ended up majoring in!)  SO I will attempt to combine my anthropological experience and one of my most fun interests, beauty/cosmetics, in this post.  Hang on, everyone. You're in for a treat if I can pull it off!

It is pretty well known that the Ancient Egyptians (and Mesopotamians) started using eyeliners around 10,000 BCE. At first, these liners were used to protects one's eyes from the sun and dry conditions of the dessert, as well as, prevent wrinkles.  Lined eyes became fashionable, but went out of style once the Roman Empire gained control of Egypt. Although still used in Asia, eyeliner had yet to become widely popular in Western culture.  In 1922, early Archeologists Howard Carter and George Herbert discovered the untouched tomb of "King Tut."  The discovery of all of his treasures and artifacts led to an abundance of news coverage, exposing the west to the art and look of Ancient Egyptians.  This included their use of eyeliner, popularizing it's use, now purely for beauty, in the west. 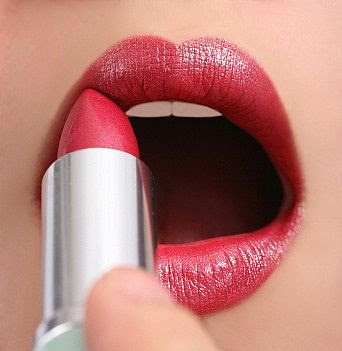 Mesopotamia is also responsible for the first crude lipsticks.  In what is now Iraq, women would grind gems into dust and place it on their lips and eyes (eyeshadow!)  The Ancient Egyptians took it a step further and created lipsticks to protect their lips from the sun and dry conditions by combining  seaweed, iodine and bromine mannite.  This combo ended up being very poisonous and the formula was later modified to using carmine extracted from beetles and ants instead.   The West, however, had a much different take on lipstick.  During the European dark and middle ages, lipsticks (and any kind of cosmetics which drastically change one's look) were viewed as unhealthy and un-religious.  Once again, the 1920's popularized a new look.  During the rise of the film industry (and the advancement of photography) women longed to look like the glamorous women they saw in film and print. Making lipstick a common cosmetic from then on. 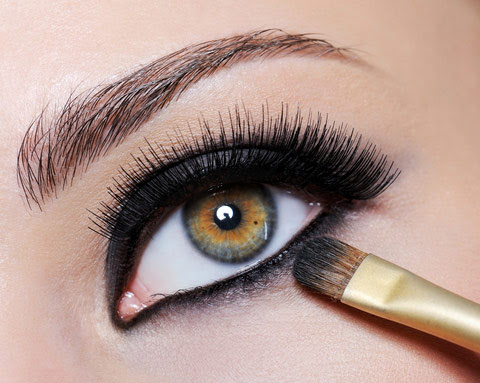 You've probably gathered by now, the Ancient Egyptians were all about altering their appearance.  They believed these early cosmetics helped them to emulate the gods.  So, it should be no surprise that they are responsible for the earliest evidence of eyeshadow.  Called kohl, the Ancient Egyptians concocted their eyeshadow out of  lead, oxidized copper, ochre, ash, malachite, crushed antimony, burnt almonds and chrysocolla ore. Kohl was also used as a treatment to reduce infections and of course, glare from the sun.  Western civilization actually took to this cosmetic invention and later made their own out of herbs, crushed minerals, dried flowers, animal sources, and crystallized dyes from plants.  Modern eyeshadow came about in...you want to guess... that's right. The 1920's.

China is getting in on the cosmetic action now.  Around 3000 BCE, the ruling class of the Chinese used nail polish to distinguish themselves from the rest of the population.  Commoners were not allowed to wear nail polish and were known to be executed for doing so. During the Ming Dynasty, nail polish was often made from a mixture including beeswax, egg whites, gelatin, vegetable dyes, and gum Arabic. Evidence of nail polish first appears in the Western world in portraits of women in the 17th century and was widely accepted in the Victorian age.  In the 1930's, black nail polish was introduced in the post art-deco era.


So there you have it.  From what it looks like, what is now considered the "western standard of beauty" originated in the East.  Also, the Ancient Egyptians had it going on!