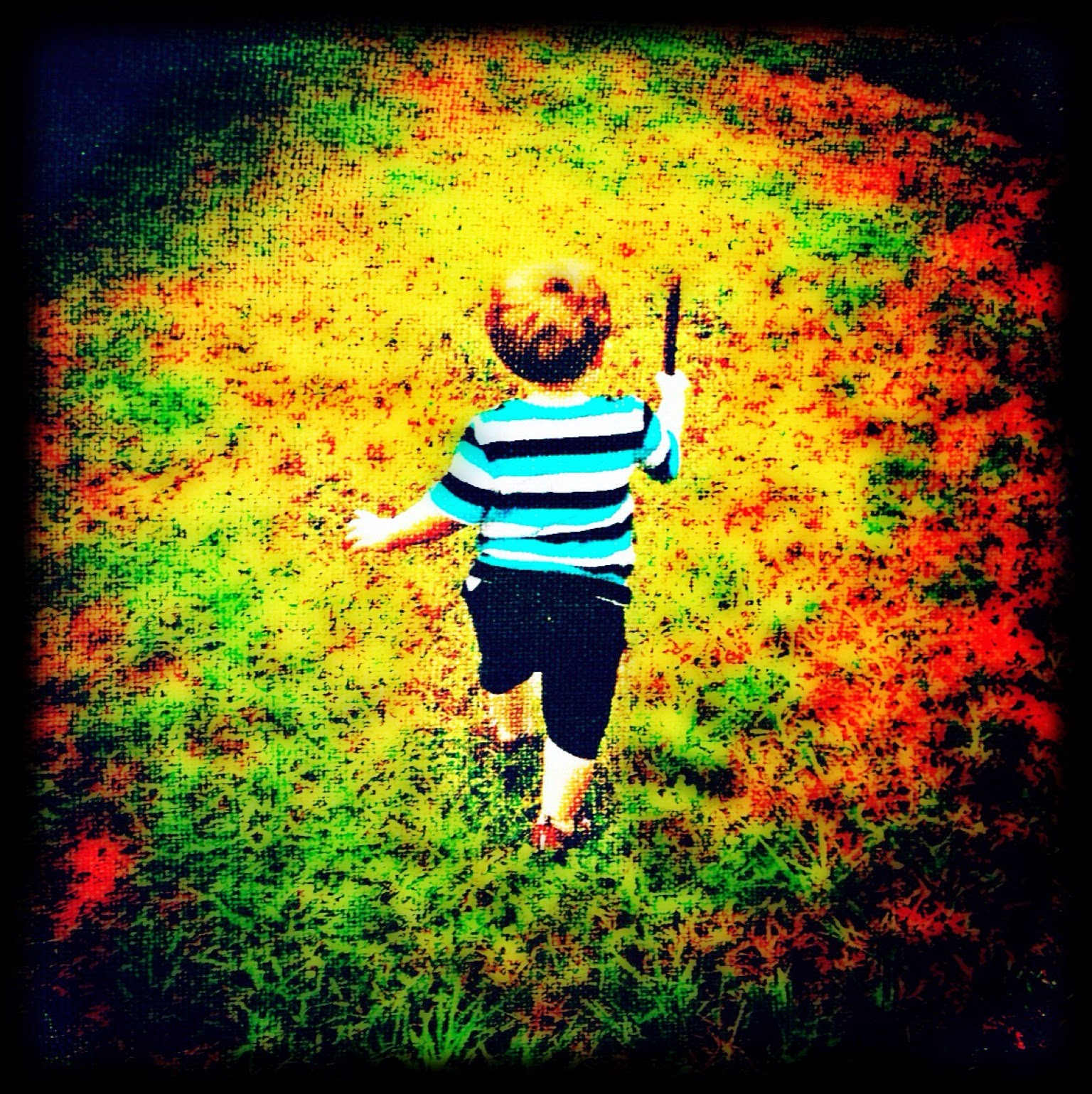 My son recently (well... within the last couple of months) turned a year and a half.  Its so crazy how fast time flies once you have a child... but also how much information and events are packed into that time.

1.  No More Expensive Diaper Pails!
You do not need to spend a ton of money on a fancy diaper pail.  I literally learned this a few days ago.  We had originally received the munchkin Arm and Hammer diaper pale (runs around $33 retail) before our son was born.  After bearing the brunt of my constant abuse (HAVE to get as many diapers in those special expensive blue garbage bags as possible!!) it finally broke.  Not wanting to pay another $33 for a poo poo diaper holder, I bought the Safety First Diaper Pail, which was on sale for $11.99 at Babies R Us.  And guess what... other than the fact that I can use REGULAR (inexpensive) garbage bags with this diaper pail... and that it is easier to get the diapers into the pail... I notice no difference.  Lesson learned.

2. Baby Gates? More like Toddler Gates
You will need them.  Especially if you have a boy.  The ones with the doors built in them are fabulous.

3. Personalities Come Out During Socialization
My son recently started going to "classes."  You know those toddler classes where the parents stay and sing songs and let the kids run around and do developmental exercises? Yes, those.  Its so much fun for him and its nice to be around moms with kids the same age.  I've really started to notice how he is NOT a scared-y kid... at all.  At home he has a temper and sometimes wants mama... but out with other kids? Hes just happy to be running and playing.  He's been hit in the head with plastic calls and pushed down... it doesn't phase him.  He just gets back up and runs some more.  He's even one of the kids that is willing to try new activities in class first.

4. No More Veggies!
I've been told its "normal" for kids at this age to suddenly start rejecting food they once willingly, even eagerly ate.  For my son, its vegetables.  The secret we use to get him eat his vegetables in order to form a taste for them?  We went back to baby food, warmed it up, and added butter and salt.  Truly delicious and successful! (Don't worry... we are now backing off the butter and salt little by little.)

5. Priorities! (as usual)
Whenever things get frustrating now that I'm caring for a full blown toddler... I try to keep things in perspective and remember my priorities.  When I look back at today years from now, what is going to seem more important?  Eating my sandwich in peace...getting the laundry folded right this second... or spending quality time enjoying my son in this precious stage.  Most times it works.  Sometimes it doesn't ... but by then my son has usually done something to make me smile or laugh making grumpy mommy go bye bye and bringing the return of goofy mommy.