October seems to be the month of awareness for many causes.  Most known for being Breast Cancer Awareness Month, October is also Bullying Prevention Month.  Bullies have been around since the beginning of civilization.  However, we are now seeing how deep of an issue this is not only for individuals involved but also for society as a whole.   Now that I'm a mom, the topic of bullying hits even closer to home.  Its something all parents fear in some way.  "I don't want my child to be bullied," and "I don't want my child to BE a bully," are common thoughts of most parents today. 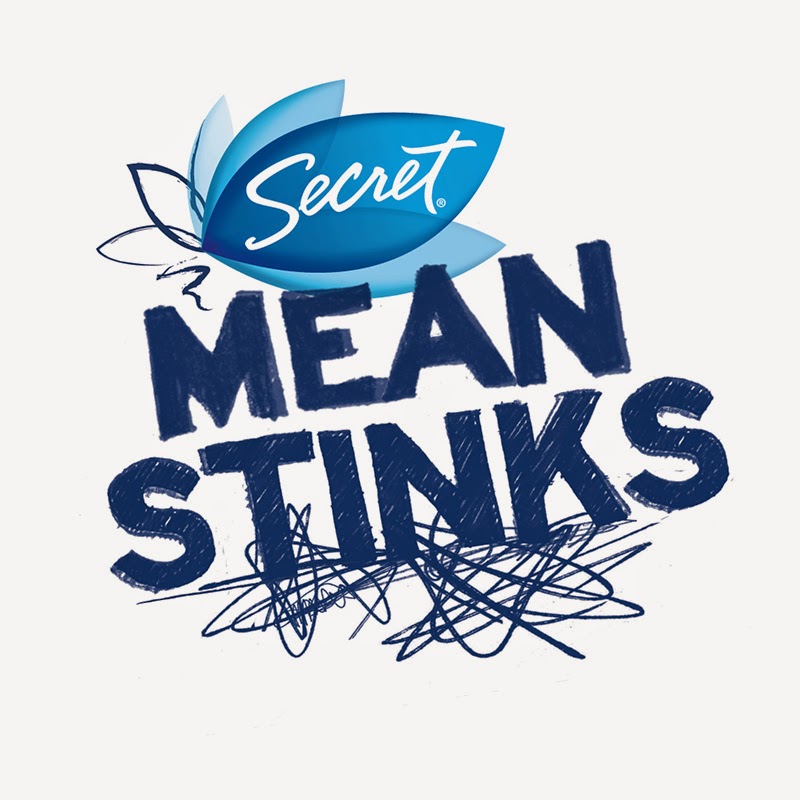 This is why I decided to join the Secret Mean Stinks campaign.  While this campaign focuses specifically on girl on girl bullying (and I have a son)  it is still something I can relate to and something I feel needs to be supported and highlighted.

One topic that is particularly important that parents today might not necessarily be able to fully relate to is Cyber Bullying.  This is something the new useful technology (that wasn't around when we were kids) has unfortunately brought with it.

I recently witnessed cyber bullying of a young lady very close to me.  I couldn't believe what I was seeing. Nasty comments, doctored pictures, and full on cruel conversations with this young girl as the subject were plastered all over social media sites. I'm talking hundreds of posts. It was intense, beyond teasing, and quite frankly, shameful.  The target of this bullying handled the situation with dignity.  She's a confident girl with a strong support system and didn't let this incident destroy her.  But I definitely see how this kind of tormenting can seem inescapable.

After viewing cyber bullying that touched so close to home... I wondered... "What is wrong with these kids?! Do they not care?  Do they not have a heart?" and then I realized... The internet has become a place of not only anonymity for many bullies (though this was not the case for this group),  it has also made bullying less personal for the bully while giving them a further reach for their attack.

Now I love the internet and I think we can all agree that overall the internet is awesome.  But think about it.  These kids don't have to see their victims' face, hear their cries, or even risk having another person step in and put them in their place while they are bullying online.  Its easier to be cruel when you don't see the effect live and in person.  What I saw when I was viewing all of the insensitive posts were kids playing a game.  They were seeing who could come up with the most clever put down or who could get the most replies.  It seemed they had forgotten their victim was even on the receiving end of this form of entertainment.

Unlike bullying in person... these kids didn't receive any consequences for their actions that night. Another reason cyber bullying has become so popular.

While cyber bullying was simply not possible when I was younger, I do have experience being bullied that I want to share with you all.  This isn't a story I often tell but it is fitting for this post.

When I was in elementary school, my family decided to move from our hometown to North Carolina.  I was nervous about moving to a new place, but was certainly not expecting the treatment I received. I will give you a back story to help paint the picture.

Growing up (I would say even up until my senior year of high school) I was a shy, quiet girl (the shy eventually faded and I was just "reserved").  I was a people pleaser and tried to be helpful to everyone.  I had a solid group of friends but was also friends with many different "cliques."  I wasn't the girl all the boys were gaga over but the boys were my buddies...even though I wasn't a tomboy.    I did well in school, followed the rules, but wasn't a "suck up." I wasn't boy crazy and for as long as I can remember my focus was on getting into college and having fun with nice friends that I felt comfortable around.  Pretty much I was classic "fly below the radar" material.

Now my hometown had become a true "melting pot."  The once rural area was now rapidly expanding and developing.  I remember we had a "new kid"  at school at least once every few months for years on end. Because of this, "new kids" were welcomed and always had someone to give them a tour or eat lunch with.  Groups of kids would insist the new student eat lunch with them and "No! Sit next to me!" arguments would ensue. We would all ask about the new student's hometown, family, and favorite color/hobbies/activities with genuine interest.  Within a couple of weeks the new student was at home in their new school with a large group of friends.

So while I wasn't expecting to be welcomed quite as enthusiastically as the kids at my school were, I was expecting everyone to at least be nice. Boy, was I wrong.  I entered my new classroom and a group of girls instantly disliked me, for whatever reason.  We will call them Regina's group (Mean Girls reference) for the sake of the story. Things were different in North Carolina than my hometown.  It was much, much more rural with tobacco farms and cow pastures and rapid development had not yet started. I made friends with a few of the girls who seemed nice and soon after started receiving various forms of "teasing" (that's what we called it back in our day, right?) from Regina's Group.  Confused at what I had done, I now know I was simply different than what they were used to. 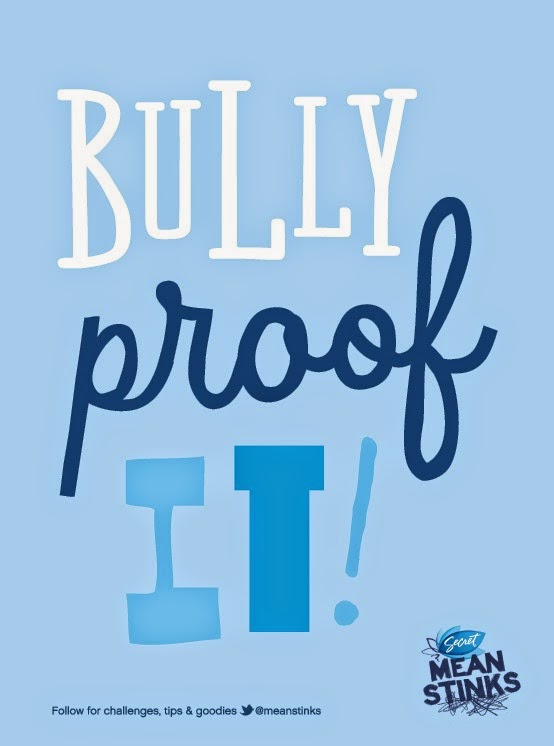 Things that made me different? I spoke differently (no deep Southern accent for this girl.)  Fashion trends were also different at my new school.  In my hometown girls in elementary school commonly wore cute dresses with leggings or biker shorts (hello 90s) underneath. Here the girls were wearing designer high rise jeans, blouses that looked like they belonged on high school girls and even *gasp* bras.  They shaved their legs and their topics of conversation were also a lot more adult than those of my gymnastics loving friends back home.

ALL of these differences contributed to them making comments, laughing, and even trying to get me into trouble with the teacher throughout the school year.  I never said anything and just kept to my few friends I had at school and in the neighborhood.  The bullying stayed at school because that's the only place I saw Regina's group.  They couldn't reach me at home.  They couldn't touch my sanctuary.  And this made it much less worse than it could've been had internet had the same presence and power it has today.

Within a year we moved back to my hometown and I left Regina's Group and North Carolina behind me.  I again flew under the radar and never really had another incident.  Today I don't even remember those girls names.  And I barely remember what they looked like.  But, as I said, had the internet been around, or had my family not decided to move back so quickly, things might be different.  I might not have learned to love the things that make me different.  I may not have learned to allow myself to stand out or shine.  Or to be proud of "my weird." I may not have developed such a strong sense of self (that kept me from being peer pressured and making dumb decisions growing up) so early in life.

Looking back at that time, I feel sadness.  Not for myself. But for those girls.  Now that I'm an adult I see that bullying is an outward expression of an inward feeling.  That feeling is usually some type of anger or, more likely, fear.  Fear of what is different. And while those in my hometown had expressed welcoming the new and the different with open arms from a young age,  these girls pushed it away and tried to crush it.  I can only hope they didn't hold on to that view their entire lives and eventually learned to view any situation that was unfamiliar, unplanned, or different to them as an opportunity for greatness, instead of fearing it would destroy or cause harm.

But wait!  There is a beauty aspect to this post!  Along with visiting MeanStinks.com for more information and "acts of nice" to complete and submit for a chance to win the title of "Nicest. School. In. America.", using the hastag #MeanStinks, tweeting @MeanStinks to share stories and advice, girls (and hey, why not? Guys too) can paint their pinky nails blue to show support for Bullying Prevention.  Search #bluepinky on instagram, tumblr, and twitter for some creative ideas or come up with a great look of your own.

I am still coming up with my own but have my blue pinky already! I will post my completed look on Twitter and Facebook once its complete! 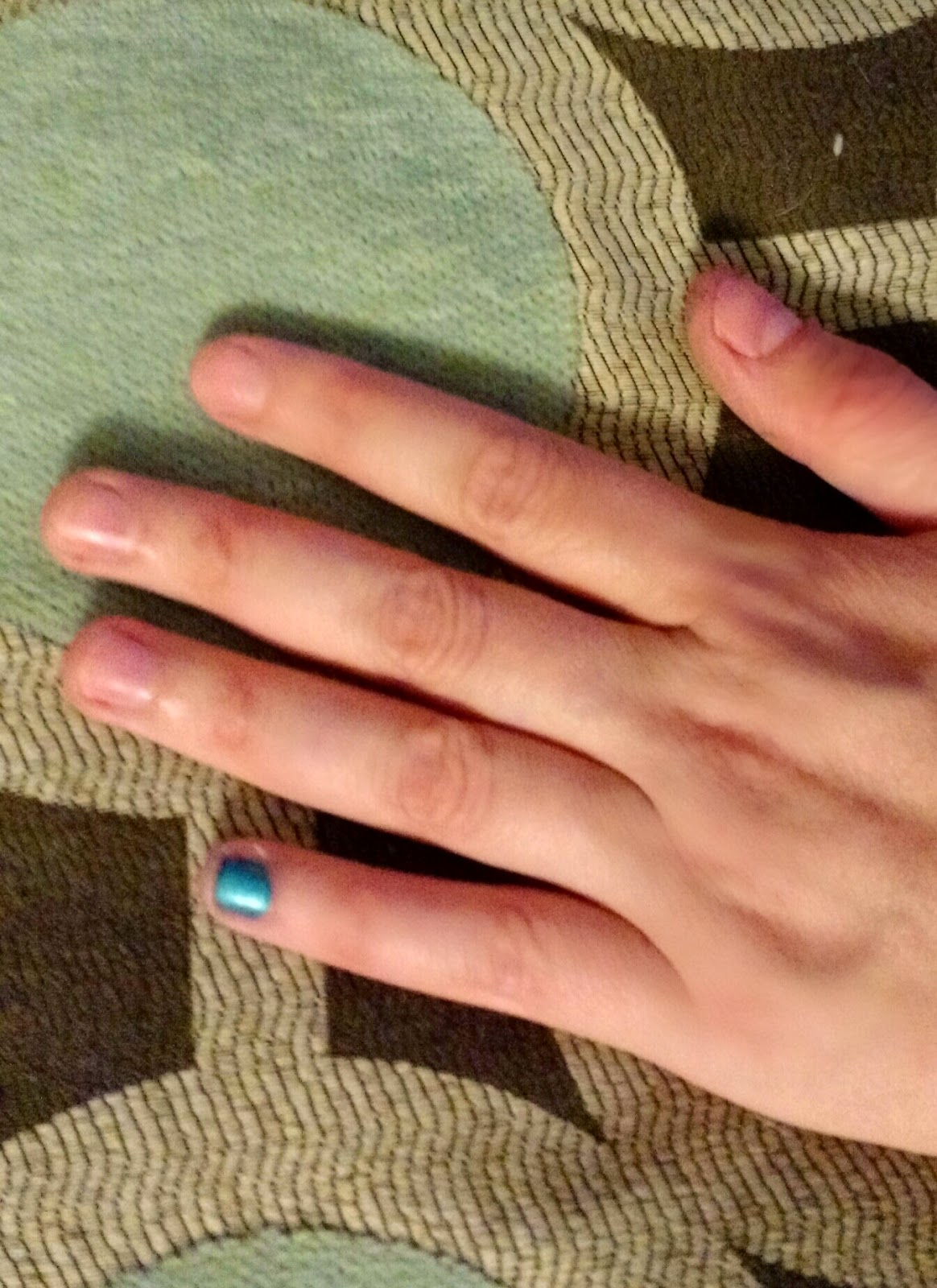