Where to Buy Halloween Costumes for CHEAP! 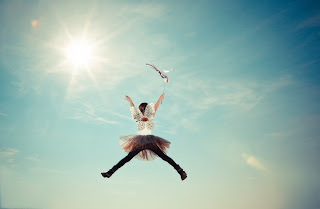 I know a lot of DIYers are posting a ton of fabulous ideas on how to make some pretty neat costumes on your own.  But, to be honest, I'm not a crafty mama.  I'll make things here and there.  And try some super easy DIY projects...but as far as making costumes or really...anything intricate... I'm just not great at it! I try.  But I quickly lose patience.  My hands just won't do what I want them to do most of the time I'm crafting.  So, instead, I choose to focus on finding great deals.

Target has a TON of cute kids costumes this year. They even have some exclusive designs.  They've already had a 40% off all kids costumes deal and RIGHT NOW (written October 3rd)  they have select Halloween costumes and accessories on sale for BOGO 50% off! And there may be more deals to come as the month rolls on. So make sure to keep an eye out for deals and steals. The Cartwheel app is one of the easiest ways to keep up with Target's sales.

As one of Target's biggest competitors, Walmart is a name known for savings. They have a ton of kids costumes priced under $20. And they've already started marking many of them down.

Believe it or not, Party City has some great deals going on.  Their Costume Clearance Event is available in stores and online while supplies last.  You can save up to 80 %

Yeah, that's right.  The catalog (and now website) known for party supplies and small toys now sells Halloween costumes. They also have sales (on their already low prices) often.  They have costume accessories and costume ideas for all of you DIYers out there. I also buy my little Halloween novelty toys to give out (in support of FARE) on Halloween here.

Once Upon a Child / Local Thrift Stores

Let's be honest. Many of our kids wear these costumes once and then the costumes sit in their closets until they've outgrown them. This is why you can find some really great deals on kids costumes at thrift stores. Barely used, many of the costumes come at a severely discounted price and look brand new.

There are a TON of discount  costume websites out there. If you've never heard of the site or have never order through them, PLEASE be cautious before handing over payment information.  Look up reviews of the site online.  Many of these websites have a plethora of costumer complaints for not delivering products purchased on time or at all.