Is Honesty the Best Policy When It Comes to Facelift Surgery? 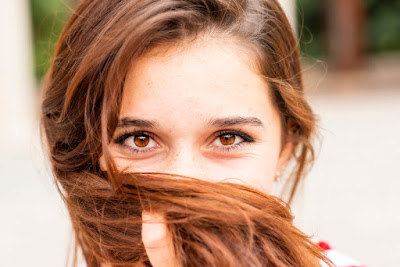 When it comes to beauty we like to do what we can. We look for the best skincare, makeup, hair care, and nail care. But what about plastic surgery? It’s an option many men and women turn to when they just can’t seem to get the results they want from every day products. It’s a solution many say has changed their confidence level. But would you disclose your procedures? Or keep it to yourself?

Last year actress Renee Zellweger wrote a blog post denying she underwent facial plastic surgery after numerous tabloid articles fueled speculation that she had had "work" done. She's hardly the only celebrity who has fended off rumors about undergoing cosmetic surgery, but she also raised the question about the general fascination with knowing who did -- or didn't -- go under the knife.

"Not that it’s anyone’s business," Zellweger wrote in the Huffington Post, "but I did not make a decision to alter my face and have surgery on my eyes."

For the hundreds of thousands of patients in the U.S. who do decide to have facial plastic surgery, the question remains: How do you respond? Some patients are comfortable with others knowing that surgery has been performed and feel fine telling others — especially if a friend or acquaintance has provided a nice segue by complimenting you on "looking younger."

But this isn't true for everyone. In fact, many plastic surgeons say the goal of facial rejuvenation is to provide subtle improvements — subtle enough that people don't assume you've had any surgical intervention.

"In our experience," says Dr. Patrick Flaharty, a Naples facelift specialist, "most people wish to look refreshed and renewed, not altered or unnatural […] I can achieve a comprehensive rejuvenation while avoiding telltale signs of surgery, such as visible scarring, overly stretched skin, or incomplete results."

Still, much of the stigma associated with plastic surgery is eroding. RealSelf, an online community forum for plastic surgeons and would-be plastic surgery patients to exchange questions and answers, recently polled people about their perceptions of cosmetic surgery.

"While 'fake' indeed took a large percentage of our poll, it didn’t take the cake," they wrote. "[The] word 'beauty' was hands-down the most frequently used description, followed closely by the word 'improvement.'"

But if celebrities are more open about acknowledging getting breast implants or butt augmentation, there's still some hesitation about admitting to facial procedures. Even former Real Housewives of Atlanta cast member Kim Zolciak, who's been open and forthcoming about surgical enhancement of her body, became defensive when it was suggested she also got a facelift.

The trend toward greater acceptance of all cosmetic procedures, however, will almost certainly continue with Millennials, whose interconnected lives have made them in many ways more open and accepting than any generation before. Jordan Bailey, 25, is as likely to get Botox as her 57-year-old mother — and she has no problem admitting it.

"My generation doesn’t see anything wrong with getting work done," she says in a story about the popularity of BOTOX® Cosmetic injections among people in their 20s.

This isn't someone in Miami or Beverly Hills, either. Bailey lives in Minnesota.

And it's also worth mentioning that men are embracing the trend, too: Male breast reduction was one of the fastest-growing procedures performed in 2015, according to the American Society of Plastic Surgeons (ASPS).


Written by: Emmy Owens
Health and Beauty Writer
Posted by Candice P at 10:23 AM