Have you ever been to Italy? The greatest thing about Italy, in most people’s humble opinion, isn’t the beautiful sights, nor the scenery, but the food! Food is the undercurrent of Italy, and it is such a prominent part of the culture. Who doesn't love those brioche crèmes people have in the mornings with their espressos? Or those quiet moments where you can sit on the side of a river, with a glass of red and have Aperitivo (traditionally the time after work where you sit and relax with some nibbles like olives and wind down) before your evening meal, which, for the uninitiated, is not just pizza and some garlic bread! Of course, there's spaghetti bolognese, which, if you cook it the traditional Italian way can take hours, but what about spaghetti carbonara? 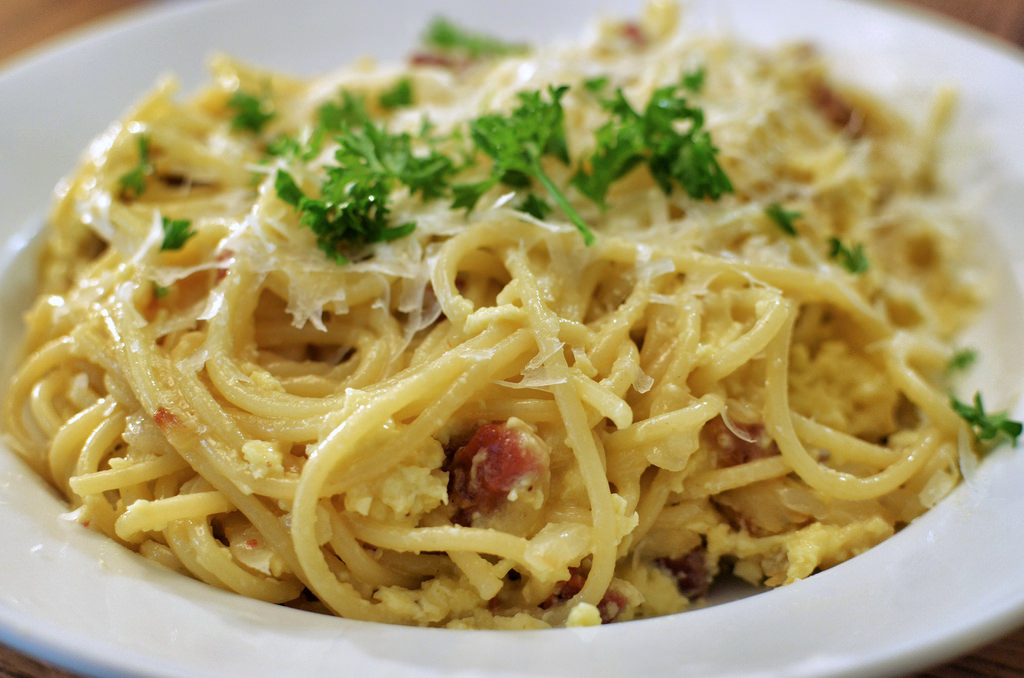 Wonderfully simple and easy to make, it’s some comfort in a bowl. Made traditionally with pancetta, (or you can use bacon if you can't get any) carbonara is actually translated as “charcoal burner” and was believed to be a dish made for charcoal workers up in the Apennine Mountains. It is now considered to be a dish invented in Rome and is synonymous with the urban lifestyle of Rome natives.

Now, if you’ve had carbonara before, you've probably noticed its creamy texture. But cream isn’t traditionally used in a carbonara. If you don’t want spaghetti, you can substitute it for bucatini or fettuccine, but if you're feeling adventurous, you can make your own pasta, which isn’t as hard as it sounds. The trick is to make the dough sticky enough to run through the pasta maker many times to get it thin. A lot of it is down to the pasta machine, but you can get some advice on making pasta from plenty of dedicated websites like MakeBestPasta if you're after an authentic pasta making experience. Here is a traditional recipe for a spaghetti carbonara.

Salt and pepper (to taste)

Heat the oil and the butter in a frying pan over a medium heat, place the pancetta in for 8 minutes, stirring occasionally until the meat is golden and crispy. Once done, take out and place to one side.

Whisk the eggs and half of the cheese in a bowl, then add the parsley with a lot of black pepper before placing to one site.

Cook the pasta of choice in a large pan of boiling water until it is al dente, drain the water and place the pasta back in the pan.

Put the pancetta into the pasta, then pour in the egg mixture before stirring for roughly 30 seconds. You will see the heat from the pasta cook the egg into a creamy coating.

Season the dish with salt and pepper, and serve right away with the leftover cheese sprinkled on top!