I've Been Using Native Deodorant for Over Two Months...Here's What I Think

Aluminum-free deodorant. It's one of those things that I know is probably better for me than conventional deodorant...but I worry about effectiveness.  After all, I do live in hot, unbearably humid Florida. And I do not want to walk around smelling like BO with a side of generic floral scent. Nor do I want to sport wet spots on the underarms of my top.  So, needless to say, I was VERY skeptical about trying an aluminum-free deodorant.  BUT I do have a family history of cancer and I figured...anything I can do that even MAY be able to tilt the scale in my favor in the slightest would be worth a try. 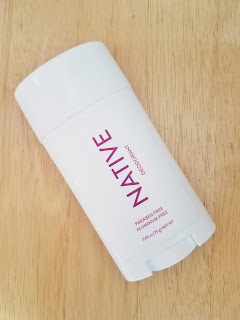 So why did I choose Native? Honestly, because of the reviews.  I looked on Facebook, Instagram, Twitter, various blogs and review sites and a large majority of the reviews were accounts of positive experiences. And importantly, accounts of Native deodorant actually being effective. I didn't see any accounts of Native giving its users a painful rash (like I had with all of Schmidt's deodorant) so I decided to give a try.

Now, I know... When you've been paying around $3 or $4 for an antiperspirant and suddenly see a $12 price tag for a stick of deodorant... it can be a little surprising. But I paid the money figuring that if this deodorant actually works without having aluminum in it... it would be worth it.

The first scent I chose was Almond & Vanilla (a seasonal scent). I don't know what I was expecting (I guess something like an almond or vanilla body wash/soap scent), but it smelled a lot like cake batter. Definitely not a bad scent, but I wasn't sure I wanted my deodorant to smell like cake. I used it (the scent actually smelled much more vanilla-y when on) and hoped for the best.

Do you know what happened? It worked! No stinky body odor. And no unwanted moisture.

I continued to wear it and discovered that if the temperature went above 80 or 85 degrees, my underarms were definitely not completely dry. They were less sweaty than they normally are when I forget to wear deodorant (the worst!) And still, even with sweat, not stinky. At all. Believe me, I checked.

After using this deodorant for a month or so, I was able to stop wearing deodorant at night. Typically, I sweat a bit in my sleep. But I found that now without deodorant, even if I had sweated overnight, there was no evidence of it in the morning. No smell. No wet underarms of my PJ shirt. I don't really understand HOW that's happened. But it has.

I finished the Almond & Vanilla scent and ordered the Lavender & Rose. Much more my speed with the scent being heavy (in the best way) on the lavender. I'm still using the deodorant today and I don't plan on going back to my "conventional" deodorant until the temperature starts getting into the high 80s.

Why? Because, as much as I love this deodorant, I really don't think it will be able to stand up to a Florida summer. It's too hot (90 - 100-degree temps). Too humid. And often too much for many deodorants- even those with aluminum.

But, I will plan on wearing Native until our hellscape of a summer arrives.

Also no rash, no irritation, no discoloration (on my skin or clothing), and no side effects. So I definitely recommend Native!

(This post is not sponsored. I purchased the products out of pocket.)

January Doesn't Have to Mean an End to the Party


You probably have been clearing up after the holidays and all the festivities seem like a bit of a distant memory for you and the kids. However, the fun doesn’t have to stop simply because it’s January and New Year’s day has come and gone. You can get the year off to a great start by hosting a get-together for all your nearest and dearest instead. Perhaps there are people you didn’t get to spend time with over Christmas because they were away, or maybe you just want to spend even more quality time with those that you love the most. There are hundreds of great reasons to invite people over to enjoy some food, drinks, and good company. You can continue to build family memories. It might even become an annual event that everyone looks forward to.

It’s time to pull out that new notebook and pen, or iPad that you got for Christmas, and begin making a list of things you’ll need to get for an evening of fun. As a busy mom; you’ll already understand the importance of preparation and how it’s crucial to any event to plan ahead and pick up stuff as efficiently and as affordably as possible. The following are some ideas for moms who want to head into their kitchen, perk-up their January and host their family and friends this month for an evening to remember. 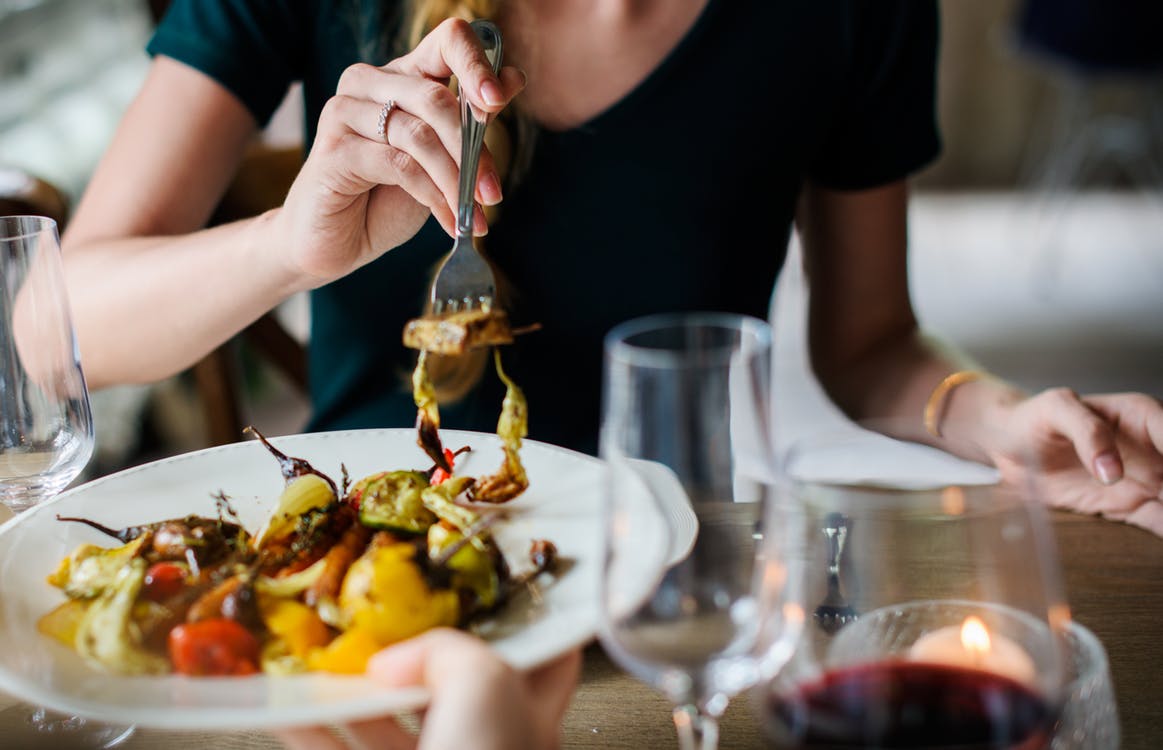 Whether you’re planning a varied buffet table of treats and food, or more of a sit-down dinner situation; you’ll need to figure out all the elements that you’ll need so that everyone leaves full and happy. Take as much stress out of the situation as possible and whip up some of your tried and true favorites so that you know you won’t be panicking in the kitchen on the day of your dinner party. You can utilize the internet to grab some recipe ideas and to buy alcohol online so that you’re not traipsing around with bags of bottles in the supermarket as you try and decide what you need. An array of fresh food favorites is another way to fill people up with something different than what they’ve been eating throughout December, and it will save you cooking and baking time too. Get your food delivered; many stores offer this service, so arrange the delivery for a couple of days in advance so that you have time to pop out and get anything you’ve forgotten. It’s all about keeping stress levels low for a fun get-together.

You could save even more time and energy by asking your dinner guests to bring a dish or two and a bottle of what they’d like to drink. You can set the culinary theme of the evening and your loved ones can bring over family recipes for a table packed full of food for everyone to enjoy. You’ll be able to concentrate on the setting and ambiance of your home, and you can ensure that everybody is enjoying themselves. You’ll be known as the mom who makes January a time to look forward to and who keeps the party going!
Posted by Candice P at 2:07 AM No comments: