5 Tips to Running Your Business 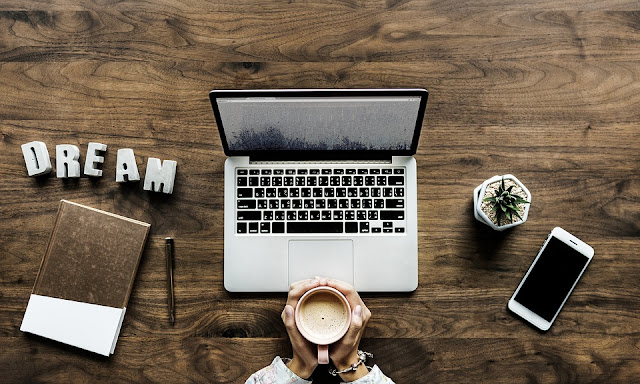 If you’ve been thinking about starting a unique business to be able to work from home but wonder whether it will succeed, there are some crucial facts you should face. First, every business venture has its risks and rewards. You ought to figure out whether your business idea is economically viable or not – conducting a thorough market research will certainly help. Secondly, you need to be extremely passionate about your envisioned business. Don’t let unkind words from friends derail you from pursuing your main goal.

Here are 5 more tips to running your business:

Ensure the business is legal

As tempting as it might be to delve into illegal dealings, it’s important to create legal frameworks so that your business can thrive. Conduct some research to figure out how you can operate your business within the prescribed laws. It might take longer at first, but it will help you save more time in the long haul. Find out what kind of licenses and permits you’ll require before launching the business in your residing city. You could also consult a lawyer if you need help coming up with the most fitting business structure for you.


Get discounted prices on stock

If you’ve just set up shop and you’re looking for a reliable dealer to source your goods from, there are a variety of wholesalers and manufacturers who are willing to sell you all the products you need at a delightfully discounted price. Dealdash is a unique online auction site where you can purchase a variety of products at tremendously low prices. Here, you simply bid for items and the highest bidder takes it home. Alternatively, you can utilize the Buy It Now option to buy selected items using the price listed therein.

The business world is ruthless and unforgiving. For you to succeed, you need to go against the grain and offer services/products that are truly unique. Customer service experience should be top priority for every business owner. Tailor your products to satisfy the needs of your particular audience, then create an effective marketing strategy. Don’t forget to build your brand from the ground up. With a bit of hard work and patience, everything will gradually fall into place.

In business, organization is critical. It’s not sufficient to walk into your office every morning and wait for customers to show up or contact you. Write down your tasks in a convenient to-do list and cross out each item after you’ve completed it. This guarantees that every crucial task is handled and nothing is forgotten. In addition, consider hiring subordinate staff to help you carry out daily business activities successfully.

There’s an adage that says failing to plan is planning to fail. You might have all the essential resources to jumpstart your business, but chances are it won’t blossom quickly if there’s no proper plans and strategies put in place. A business plan allows you to determine the viability of your intended business. After all, there’s no need investing your time and resources into a venture that simply won’t succeed.

There you have it, 5 insightful tips that can help you run your business successfully.
Posted by Candice P at 11:39 AM 1 comment:

Clean Air without the Bulk 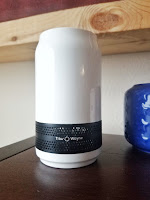 Allergy season has been brutal this year in Florida.  At one point, we had the highest pollen count in the country. So that meant sinus pain, sniffles, itchy eyes, sore throats, and lots of sneezing. Obviously, we kept the windows closed and only opened the doors to go outside. However, I knew that pesky, pollen filled air was blowing its way into our home or the pollen was hitching a ride on our Golden's hair. (He likes to roll around in the dirt, leaves, and yes, pollen. So fun ;-) )

I looked into getting an air purifier. But every option I found was bulky or not super attractive. I was afraid of getting a large object the dog or my child could run into, knock over, or injure themselves on. So once I found out about Titus & Wayne's Luft Qi purifier, I knew it would be the perfect fit.

This little guy is small, quiet, and attractive.  It's super simple to operate. Simply plug it in to turn it on. I love that it doesn't scream "HEY LOOK AT ME OVER HERE!" yet has an understated elegance to it if it does happen to catch your eye. I also am a fan of the 360-degree air intake. This means it's taking in air from every possible angle, cleaning it using its patented Nano-Reactor, and dispersing the clean air through the top. 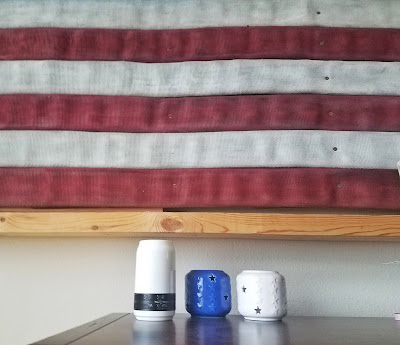 Check out the Luft Qi on sale now until May 25th on Indiegogo.
Posted by Candice P at 10:13 PM No comments:

Eating in Asia: Foods You Have to Try on Your Travels!


Asian food is one of the most popular foreign foods enjoyed in the west. With delicious ingredients, delicate spices, and smart cooking techniques used to create foods that are fresh tasting and flavorful, it's not hard to see why. So of you’re backpacking across Asia this summer or have a getaway booked to a specific destination on the continent, there are a few dishes you really have to try while you’re away! 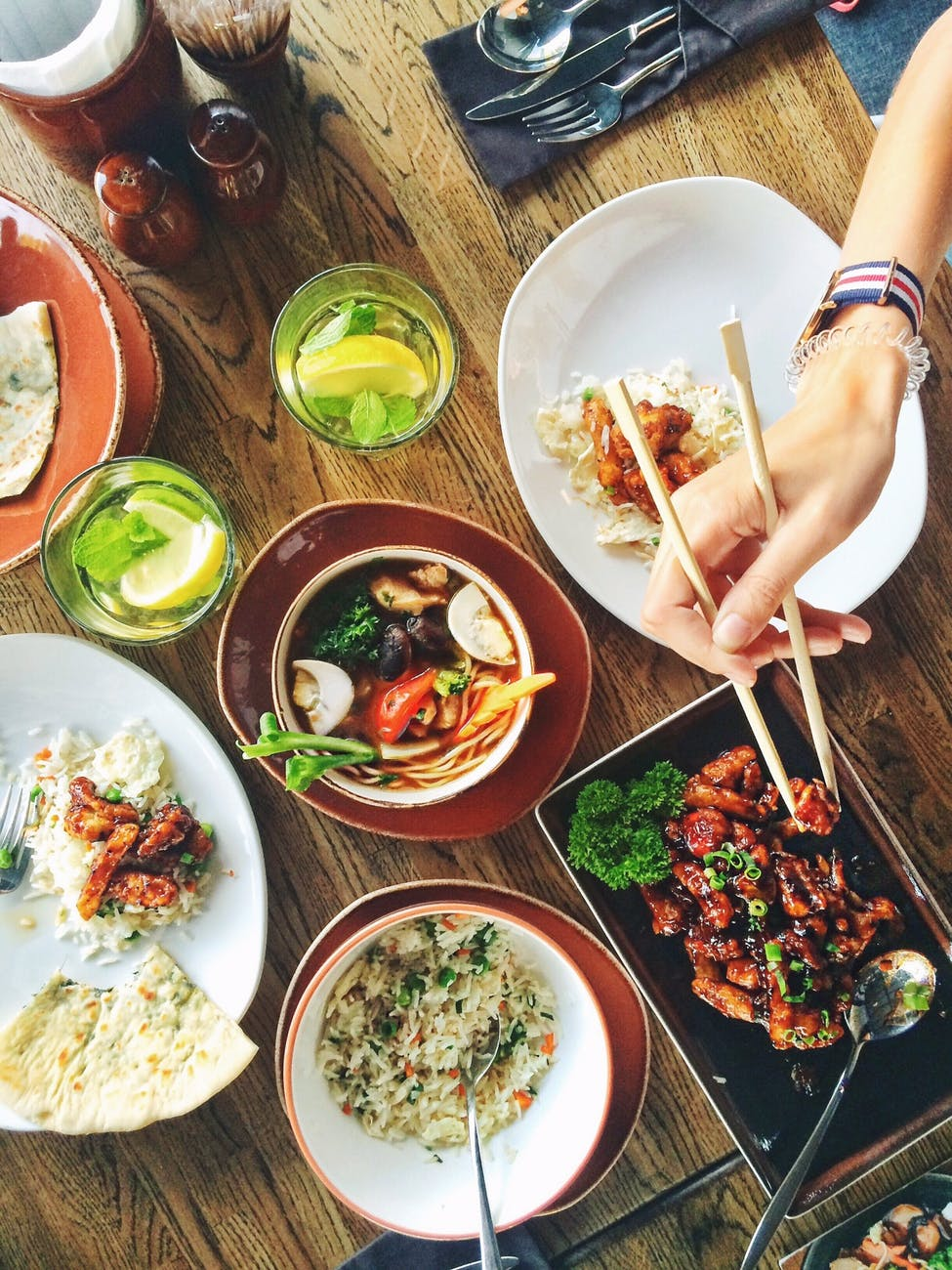 Dim Sum is enjoyed in many places across Asia, from Hong Kong to China and Canton, amongst other places. It's definitely something you should aim to try while you're on your trip and is sure to be more enjoyable than takeout options you can get in the west! Dim sum are served as a selection of smaller bites, with dishes including barbecue pork buns, chee chong fun, xiao long bao and lots more. There are plenty of dim sum stalls all over Asia and you'll find it in restaurants and cafes too.

‘Singapore noodles’ is most likely not the first dish that springs to mind when thinking of Asia.  (They didn’t actually originate from Singapore and aren’t very popular in Asian cuisine.) However, as noodles are a staple food in many areas in eastern Asia, they’re eaten a lot in different styles, and there are lots of incredible noodle places. From spicy laksa to Hokkien fried noodles and Bak chor mee (minced meat noodles), there really isn't just one type of noodle dish that can sum up Asia. 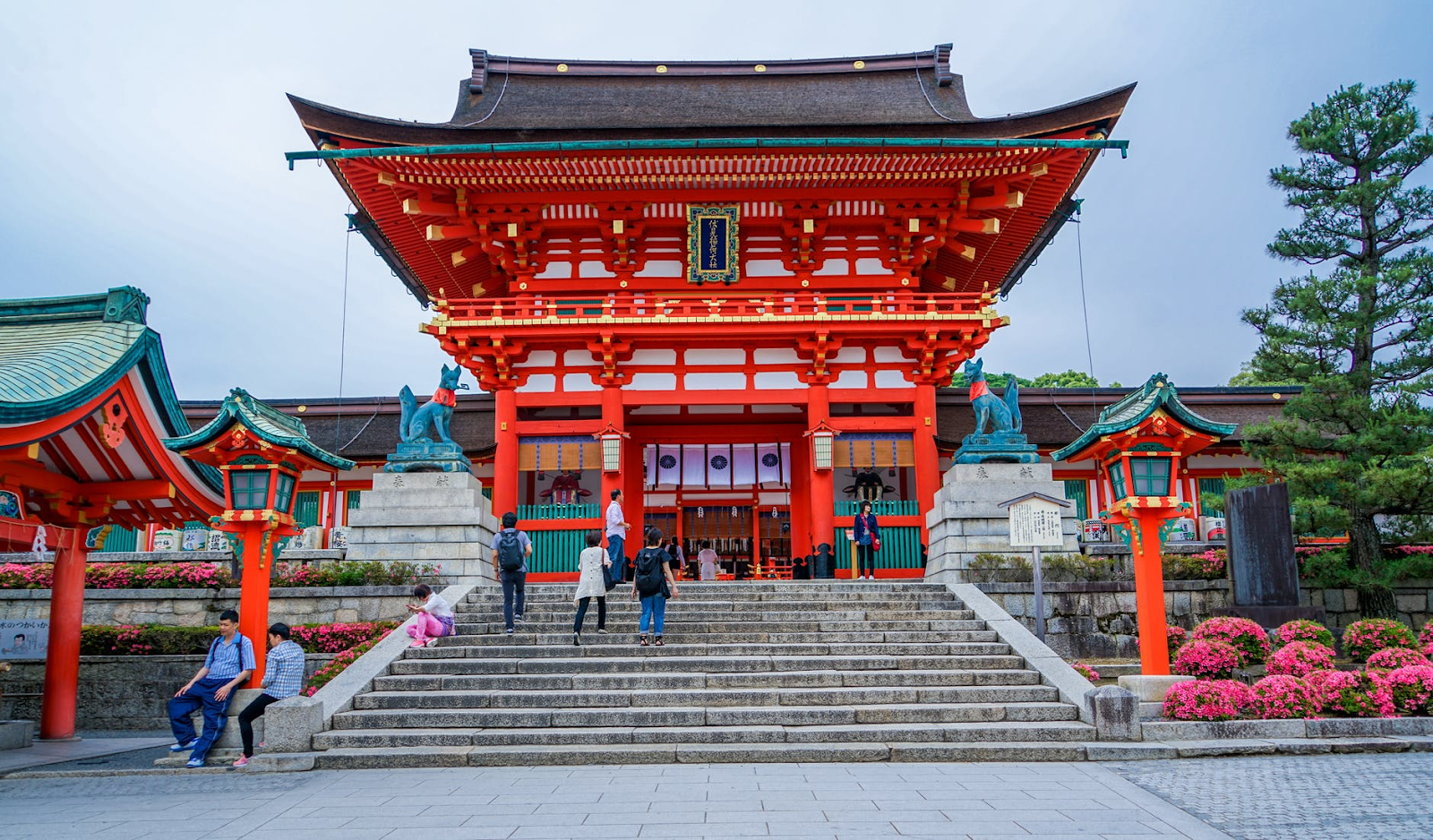 In other parts of Asia, rice is eaten as a staple food item instead of noodles- so depending on where you're travelling to, you should take advantage and dine on rice too. Traditional rice dishes in central Asia include 'buttered rice under a Shah's crown' which is tasty buttered saffron rice with dried chestnuts, raisins, and apricots served under fluffy bread. Pumpkin stuffed with jewelled rice is another popular dish, something you're unlikely to have tried before! Rice can be served as a side dish or as the main feature. Different kinds of rice grains are used depending on the dish; making something simple into something spectacular.

Across Asia you will come across incredible markets where street food vendors produce tasty dishes without costing you much at all. Great if you're on a budget, but something to experience regardless as they will give you a true taste of authentic Asian cuisine. Some of the vendors in Singapore have actually been awarded Michelin stars- the first time this has happened in the luxury food's guide. If you're visiting Thailand, Phuket is best known for its seafood. So amazing fish dishes amongst other things are often served up by vendors. Use a hotel such as the Phuket Marriott Resort and Spa which puts you at the heart of the action, and makes it easy to visit these kinds of places.

Dessert is well loved in Asia, while you will no doubt be tasting your way through lots of savoury dishes it's not something to overlook while you’re on your trip! Gelato and desserts cafes are becoming more and more popular across the continent. Across Asia you can find a everything from pastries to gourmet cheesecakes and very recognizable traditional classics. Then on the other hand you have Asian and local-inspired creations- some unusual desserts include frozen basil custard and salted egg yolk ice cream!
Posted by Candice P at 11:33 PM No comments: