The Good Things that Came Out of My Gastritis 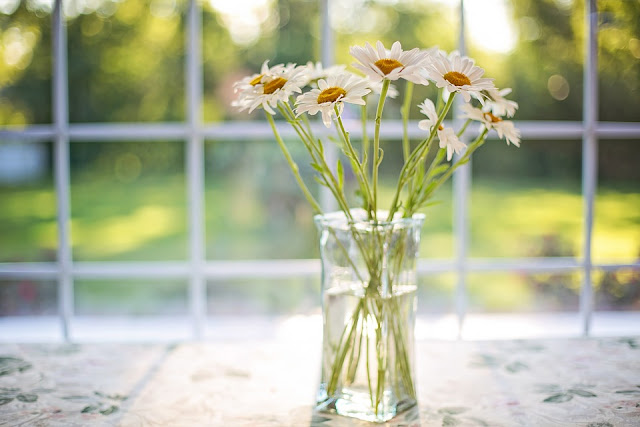 Although it sounds pretty simple and isn't at all life-threatening, gastritis was one of those rough patches that was really hard for me. I physically just felt bad. Not sick. But bad. Getting the diagnosis and figuring out what exactly was wrong with me was hard enough. But not being able to eat and feeling weak and short of breath all the time was awful. Especially as I was trying to continue on with my daily life and take care of my son.

But! Now that I am I on the other side of the hump, I can see that there are a few good things that have come out of my gastritis.

1. I am actually aware of what I am eating and putting into my body.

Before I was diagnosed with gastritis, I never looked at the ingredients in food items. I was super careful about looking at ingredients on skin care items, but as far as what I was eating... If it looked good, I ate it without thinking twice. I've been very lucky that I don't really have any severe food allergies. So I never HAD to check ingredients before even though I probably should have.

Having gastritis means following the gastritis diet. And I followed it very strictly in the beginning. (It's only recently that I've been able to veer away from that strict diet now and then.) So that meant looking at the ingredients and making sure there was no dairy or anything acidic hidden in the food that I was about to consume. I also learned that dairy products and citric acid are two very common ingredients and in things you wouldn't ever expect.

I seem to have gotten used to looking at the ingredients of everything I eat because now I do it without thinking.


2. My diet is comprised of more fruits and vegetables.

Although I've always enjoyed fruits and vegetables, my diet before gastritis was heavy in dairy and carbs. Once I learned I had to cut dairy out of my diet, I knew I had to fill it with something else. At first, I ate mainly carbs because that's all my body could digest. But that left me feeling yuck most of the time. I slowly began filling the space dairy left behind with bananas, watermelon, sweet potatoes, green beans, and Brussel sprouts. Because there wasn't much choice in the matter, and this is how I had to eat to feel okay, it became a habit. And now my diet is still mostly fruits and vegetables.

3. I kicked my caffeine addiction. For the second time.

Caffeine is a big No-No when it comes to gastritis. And this was one of the things that I was so upset about cutting out of my daily life. I was knowingly addicted to caffeine. To the point that when we go to the store to buy hurricane supplies, I make sure to buy plenty of instant coffee so that I can still have coffee even if the power goes out. (And so I won't have to go through caffeine withdrawal during a hurricane.)

I had kicked my caffeine habit in my early twenties. And I remember the withdrawal being horrendous. But then I started working at an accounting company during tax season and my caffeine addiction was reignited. I had come to terms with the fact that I would probably be addicted to caffeine for the rest of my life. Because I just didn't want to go through that withdrawal again. But, again, I didn't have much of a choice. After all, I choose feeling like I can breathe over drinking caffeine. I was able to wean myself off of caffeine this time so that my withdrawal wasn't as bad. And now I no longer need to make sure I have a cup of coffee in the morning to survive.

4. I'm a tad better about getting enough sleep.

I am an insomniac. A night owl. I always have been. I like to stay up late and I'm not a fan of waking up early. Because I had to kick my caffeine addiction, I could no longer use those cups of coffee as a crutch to get me through the day due to my lack of sleep. I now had to either get through the day feeling every bit of that exhaustion or be a bit more responsible when it came to making sure my body had enough rest. Sometimes that meant going to bed earlier. And sometimes that meant choosing to take a nap over completing a task. It forced me to listen to my body and put my body's health first. Which, if you live in the United States, isn't usually the priority that we are taught. Work is usually the priority, not health.

Now that doesn't mean that I walk around fully rested all day every day. I'm still a night owl. I'm still an insomniac. I still have nights when I just can't fall asleep. But now instead of pouring myself a third or fourth cup of coffee, I lay down during the day (even if for just a few minutes) or make an effort to go to bed a little bit earlier.

5. I have a healthier relationship with food.

I have always been the girl that doesn't hold back when it comes to eating. Yes, I'll have dessert. Yes, I want some of those loaded cheese fries. Yes, I'll order the hamburger and milkshake. But the problem wasn't that I often chose junk food when out or at an event. It's okay to indulge from time to time. It was that in my head the food MADE the event. So if an event didn't have good food, to me the event wasn't great.

Anytime there is any kind of special event, whether it was a birthday or graduation or a big family party or a gathering with friends, I was most excited about the food aspect. And that's not a very healthy mindset. Food can be a highlight of an event. But it shouldn't always be THE highlight of an event.

Having gastritis meant, for me, that now food was just there to give me nutrients when I was hungry.  And to also keep hunger away so it didn't trigger a migraine. There were a lot of things that I couldn't indulge in. And making something that I could indulge in took so much time, effort, and preparation that it often times wasn't worth it. So food stopped being the star of every event. And started being what it should have always been, a way for my body to get nutrients.

I've had migraine since my teens. And before Imitrex was commonly prescribed, the only relief I got was from NSAIDs- Medications like ibuprofen and aspirin. I know I overused both of those medications. Because when you have a migraine, relief cannot come soon enough.

My doctor and I believe this is how my gastritis came about...Years and years of regularly using ibuprofen and aspirin. During the last several years I used BC powder. Which is basically ground up aspirin and caffeine. It's effective but horrible for your stomach. And I often took it on an empty stomach or with coffee (which is very acidic). And though I always waited four to six hours before taking my next dose. I know that I was taking more aspirin than the typical person since I got migraines multiple times a week. And headaches almost every single day.

But now my stomach can no longer tolerate aspirin or ibuprofen. I did find the source of why my migraines were so frequent and so bad (it was my birth control). I'd discontinued the use of that birth control right before my gastritis even really started. So I no longer get headaches every day and my migraines are much less frequent. But I still get them. And when I do, I take the medication that was prescribed to me instead of trying to treat it myself first with NSAIDs.

7. I drink much more water.

I basically can't really drink anything else regularly. Soda, most teas, most fruit juices, and coffee are out - at least when it comes to daily/regular consumption. So that leaves me with water. I also drink more water because filling my stomach with it can dilute the stomach acid and thus relieve any irritation that my own stomach acid is causing to me.  So now I almost always carry a water bottle with me and I am rarely dehydrated.

I know how absolutely draining and disheartening everything can feel at the first onset of chronic gastritis. But it DOES get better. And you will figure out a new normal that isn't just oatmeal and bananas. It will take time, but you'll get there. It helps to try to find the positives. So here are some of mine. And once you too are past those rough beginning stages, maybe you'll be able to tell me the good that came from your gastritis as well.

Email ThisBlogThis!Share to TwitterShare to FacebookShare to Pinterest
Labels: gastritis, good things about gastritis, health, how to beat gastritis, life with gastritis, personal